We all know that women are tired of being quizzed on their procreational plans. Tired of the useless questions and “well-meaning” opinions. Yes, don’t go there. Before I became a mom, I was seriously skilled at tuning-out and deflecting the endless stream of why, and how, and when??, I would or would not (?!) have children. So, when I finally popped out not one, but two, boisterous babes (in a matter of two short years) I looked forward to retiring all that nonsense.

But, yeah, that wasn’t in the cards. I found out that while becoming a mother I had opened myself up to a whole new line of questioning, and this time, with more sinister roots.

Since becoming a working mother, I get asked two particular questions. A lot.

The first question (“How are your kids?”) could be seen as utterly innocent. What is she banging on about?! People are just asking a fairly innocuous, friendly question. Lighten up, lady! Yes, it of course is and could be that, when asked in the right circumstances. But the variation I’m talking about is loaded and, unfortunately, anything but innocent.

First off, let’s get something clear. I get asked these two questions indiscriminately: by men, by women, folks young and old, gay and straight. I get asked them by people with, or without, children. And by people I know well, and people I don’t. They were asked when I had one kid, and then with greater frequency and concern when I had two. (Sidenote: God help me, if I ever have three. Wearing a sandwich board response may be inevitable.)

The first few times someone had asked me, randomly, in the middle of a business meeting how my kids were, I was actually a bit confused. I didn’t really know these people, they didn’t know my kids. Heck, they had just asked if I had any. It was completely out of context, and seemingly out of the blue. I wasn’t sure what they wanted to hear, or why they asked it in the first place. “My kids are, umm, great. Thanks?”

The second question, often a follow-up to the first, is more pointed. I find that it is asked, when the first question has not adequately satisfied its asker. Oh, and yeah, its insinuations are much less subtle.

It’s a funny thing to ask in an office, in the middle of an average work day. It’s strange to ask in any work setting or any business-related event. The first time it was asked it, across a table at an external meeting, I was perplexed: were they asking about their physical location, their geographic coordinates? How and where they spend their snot-filled days?

Or perhaps it was just small talk. I’m over-reacting. Just random, like where’s your hometown? Your favourite restaurant? Your sandwich? Your point?

But, nope. Wasn’t that either. I quickly came to see, after the 4th, 5th and 6th time asked, that the question really was: “Where are your kids in this whole “complicated-successful-busy-working-mother” story?”

Where are your kids while you are at work? Out running around. Out socialising, doing ‘what-have-you’ while seemingly not physically attached to their tiny adorable selves? Where are they when their mother chosen to go back to work? Or rather, chosen to leave them.

It’s the tone of the question that always sticks out and the subtle emphasis on the word ‘how’ or ‘where’. I quickly came to learn that these questions are not light and fluffy small-talk when asked in a certain tone and context. Unfortunately they are loaded with a heavy sub-text: How’s their mental state? Their social well-being?  Any abandonment issues? In therapy yet? Hmmm….

Each time the point has been clear. Crystal clear. The point is that somehow this story, my story, just doesn’t add up. That somehow, by being a working-mother and wearing all these hats, something has to give. Something has to suffer. And it must, therefore be, well, my mothering. My children. Their well-being.

Kicking-ass and having a family is a title reserved only for men. Or, for those (fictitious) women who dislike/ignore/neglect their children.

I can’t help but wonder: would you ask a man this question? In a business meeting? In a boardroom? At a conference? At a work function? Why do conversations about my job, my career, my success, my business always some how include my children’s freakin’ whereabouts?

Would you dare to ask this to a man? Dare to leave the heavy implication of this pointed question hanging uncomfortably in the air between the two of you? Dare to insinuate the truth which you are really getting at.

I’ve taken to having one of the following responses (depending on my mood), and would suggest all working-mothers add it to their repertoire of ready-made retorts.

Q: Where are your kids?
A: I have NO idea. Have you seen them?

Note: must be said with an extremely straight face, and a possible hint of sarcasm in your voice. A possible follow up for repeat offenders: “If you find them, can you please tell them Mummy didn’t mean to lose them while she was busy working.”

Note: This is best used to disorient and throw the offender off-kilter. It is Dutch-style direct, and makes your point very clear. Not for the faint of heart. Practice answer #1 first, and work your way up to answer #2.

Note: this is most effective when followed by a long, sometimes extremely awkward silence. This won’t make you any friends. So if you’re trying to “win friends and influence people” I’d avoid this one. Use this response when you’ve really. fucking. had. it.

I was asked this question, again last week, in a meeting.

The person who asked it – in this case a woman – was clearly trying to prove a point: you’re a busy woman, something has to give in this equation. It doesn’t appear to be your career or your business, so it must be at the sake of your kids. Your poor poor neglected kids. Running the streets alone, eating scraps from the bins.

For the record, my kids are the same place your kids are, or every other kid generally is. They are either at school, at a friend/family member’s house or at home. Sleeping or not sleeping. Or perhaps here under my skirt. Gawd, what are they doing under there again.

This whole post begs the question: if I am asked these questions here, in the Netherlands, in a incredibly progressive country when it comes to work-life balance and part-time work, how often would I be asked it in America or Canada or the UK? And why is it still an issue here, in Amsterdam?

Is it that the Netherlands simply “tolerates” women in the workforce, but only at a certain level? Only at a certain level of success? I see the irony in having just written an entire book praising the Dutch system, and loudly proclaiming that Dutch moms are the happiest in the world, but I do truly believe women in the Netherlands have many freedoms not available elsewhere.  I just hope this freedom does not come with a caveat: that participation in the Dutch workforce for mothers is allowed, welcomed, encouraged, embraced, but only at a respectable distance from that ever-present glass ceiling.

Globally, we are still deeply uncomfortable with women in power (heck, no need to look further than the American election). The only remedy I see, is for working women – and mothers –  to continuing showing-up in –every and any– capacity you feel like and normalising women in positions of authority, leadership and success. No magic-wand solution, but a mission to simply “keep on, keeping on!”. And when these two terribly annoying questions inevitably come your way (trust me, they will!) wear them as a badge of honour: proof that you’ve reached some invisible bench-mark of success, enough to irritate and raise a few eyebrows.

…and don’t hesitate to respond and hold that awkward silence for as looooong as you damn. well. please.

“Where are my children?” ….where the fuck are yours?! 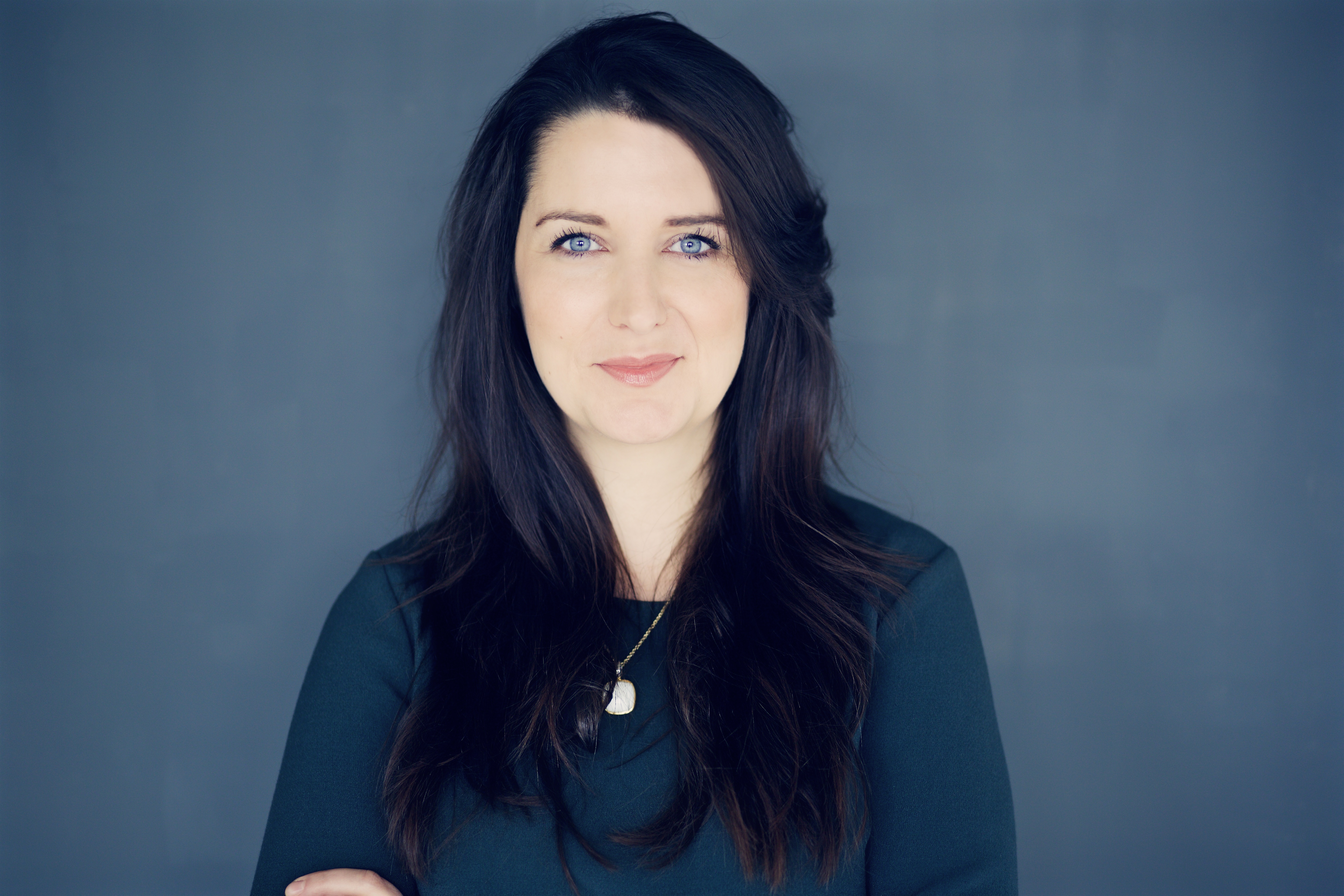 Colleen Geske is the founder and best-selling author of ‘Stuff Dutch People Like’. She is originally from Canada and has called Amsterdam her home since 2004. In 2009, Colleen co-founded the agency EdenFrost and has worked in a senior advisory role for the City of Amsterdam for the past 8 years.

Stuff Dutch Moms Like is her fourth book in the best-selling series.

Curious? Read more from author Colleen Geske on why Dutch moms are the happiest in the world!