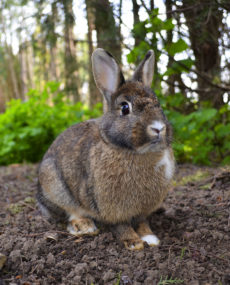 ‘Flappie’, the song about a Christmas rabbit written and sung by Dutch comedian Youp van ‘t Hek, a celebrity who has coined many catch phrases, has recently been covered by major American music figure Todd Rundgren who apparently likes to cover ‘obscure’ songs.

‘Flappie’, has become ‘Floppy’, which is a great name for a rabbit in English. I have not been able to find out the translator is as they’ve done a fine job, even according to Van ‘t Hek. Rundgren, who has performed in the Netherlands countless times according to music magazine Oor, is said to have made his version more dramatic than the original. One online criticism was that the new song was musically too busy, but I think it matches the story.

All I want is to know who the translator is to admire their work since translators are too often ignored.

(Link: oor.nl, Photo of Rabbit by J Ligero & I Barrios. Some rights reserved)

This entry was posted on Thursday, December 3rd, 2020 at 10:12 am and is filed under Animals, Music. You can follow any responses to this entry through the RSS 2.0 feed. You can leave a response, or trackback from your own site.